Home » Uncategorized » What spooked the spooks? What we still don’t know about Russiagate – by Stephen Cohen (The Nation) 6 Sept 2019 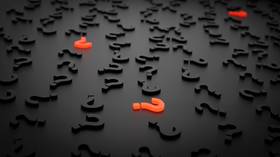 It must again be emphasized: It is hard, if not impossible, to think of a more toxic allegation in American presidential history than the one leveled against candidate, and then president, Donald Trump, that he “colluded” with the Kremlin in order to win the 2016 presidential election, and, still more, that Vladimir Putin’s regime, “America’s No. 1 threat,” had compromising material on Trump that made him its “puppet.” Or a more fraudulent accusation.

Even leaving aside the misperception that Russia is the primary threat to the US in world affairs, no aspect of this allegation has turned out to be true, as should have been evident from the outset. Major aspects of the now infamous Steele Dossier, on which much of the allegation was based, were themselves not merely “unverified” but plainly implausible.

Was it plausible, for example, that Trump, a longtime owner and operator of international hotels, would commit an indiscreet act in a Moscow hotel that he did not own or control? Or that, as Steele also claimed, high-level Kremlin sources had fed him damning anti-Trump information even though their vigilant boss, Putin, wanted Trump to win the election? Nonetheless, the American mainstream media and other important elements of the US political establishment relied on Steele’s allegations for nearly three years, even heroizing him, and some still do, explicitly or implicitly.

Not surprisingly, former special counsel Robert Mueller found no evidence of “collusion” between the Trump campaign and the Kremlin. No credible evidence has been produced that Russia’s “interference” affected the result of the 2016 presidential election in any significant way. Nor was Russian “meddling” in the election anything akin to a “digital Pearl Harbor,” as widely asserted, and it was certainly far less and less intrusive than President Bill Clinton’s political and financial “interference” undertaken to assure the reelection of Russian President Boris Yeltsin in 1996.

Nonetheless, Russiagate’s core allegation persists, like a legend, in US political life, in media commentary, in financial solicitations by some Democratic candidates for Congress, and, as is clear from my own discussions, in the minds of otherwise well-informed people.

The only way to dispel, to excoriate, such a legend is to learn and expose how it began, by whom, when, and why.

Officially, at least in the FBI’s version, its operation “Crossfire Hurricane,” the counterintelligence investigation of the Trump campaign that began in mid-2016 was due to suspicious remarks made to visitors by a young and lowly Trump aide, George Papadopoulos. This too is not believable, as I pointed out previously. Most of those visitors themselves had ties to Western intelligence agencies. That is, the young Trump aide was being enticed, possibly entrapped, as part of a larger intelligence operation against Trump. (Papadopoulos wasn’t the only Trump associate targeted, Carter Page being another.)

But the question remains: Why did Western intelligence agencies, prompted, it seems clear, by US ones, seek to undermine Trump’s presidential campaign? A reflexive answer might be because candidate Trump promised to “cooperate with Russia,” to pursue a pro-détente foreign policy, but this was hardly a startling, still less subversive, advocacy by a would-be Republican president. All of the major pro-détente episodes in the 20th century had been initiated by Republican presidents: Eisenhower, Nixon, and Reagan.

So, again, what was it about Trump that so spooked the spooks so far off their rightful reservation and so intrusively into US presidential politics? Investigations being overseen by Attorney General William Barr may provide answers, or not. Barr has already leveled procedural charges against James Comey, head of the FBI under President Obama and briefly under President Trump, but the repeatedly hapless Comey seems incapable of having initiated such an audacious operation against a presidential candidate, still less a president-elect. As I have long suggested, John Brennan and James Clapper, head of the CIA and Office of National Intelligence under Obama respectively, are the more likely culprits.

Which raises other questions. Are Barr and Durham, whose own careers include associations with US intelligence agencies, determined to uncover the truth about the origins of Russiagate? And can they really do so fully, given the resistance already apparent? Even if so, will Barr make public their findings, however damning of the intelligence agencies they may be, or will he classify them? And if the latter, will President Trump use his authority to declassify the findings as the 2020 presidential election approaches in order to discredit the role of Obama’s presidency and its would-be heirs?

Equally important perhaps, how will mainstream media treat the Barr-Durham investigation and its findings? Having driven the Russiagate narrative for so long and so misleadingly – and with liberals perhaps finding themselves in the incongruous position of defending rogue intelligence agencies – will they credit or seek to discredit the findings?

It is true, of course, that Barr and Durham, as Trump appointees, are not the ideal investigators of intel misdeeds in the Russiagate saga. Much better would be a truly bipartisan, independent investigation based in the Senate, as was the Church Committee of the mid-1970s, which exposed and reformed (it thought at the time) serious abuses by US intelligence agencies. That would require, however, a sizable core of nonpartisan, honorable, and courageous senators of both parties, who thus far seem to be lacking.

There are also, however, the ongoing and upcoming Democratic presidential debates. First and foremost, Russiagate is about the present and future of the US political system, not about Russia. (Indeed, as I have repeatedly argued, there is very little, if any, Russia in Russiagate.) At every “debate” or comparable forum, all of the Democratic candidates should be asked about this grave threat to American democracy, what they think about what happened and would do about it if elected president. Consider it health care for our democracy.

This article was originally published by The Nation.