I reached over and cleared three books from my bed near the wall on the right side.  I put them on a stool next to my writing table.  I’m trying to be more organized.  Then I spread the three books out to see the covers and the titles and the meaning of it all.

The novel I am currently reading, sometimes in the sunlight in the backyard among the green leaves – “Quo Vadis” by Henryk Sienkiewicz.  The story is a pro-Christian message set in ancient Pagan Rome during the time of Nero.

I saw the movie from the early 1950’s when I was a kid and always felt called to by the title when I saw it on the shelf of the Adams Street library.  What did it mean this Latin phrase Quo Vadis – which I knew vaguely meant ‘where are you going?’  The book is about 500 pages and I am a little past 100 pages.  I remember the rough outline from the movie.  The Christians are always presented in glowing terms in this book by a Polish christian written in Polish.  Calmly waiting their turn to become emperors and rulers of Rome in the future.  The movie, and the book so far, never shows the Christians burning pagan books, or attacking other religions shrines and beating and killing priests and priestesses of other faiths.  Christians are simply innocent victims thrown to the lions by crazy pagan rulers.  The story was first put out in the 1890’s and was translated into over 40 languages and must have shaped many peoples view of the ancient Roman world and the rise of Christianity from that world.  There are a few recent video renderings of the novel on Youtube that I will have to look into.  One is a long Polish miniseries.

Next I have a book that I haven’t been able to get past the first few chapters – What is to be done? by N. G. Chernyshevsky.  A Russian novel from the 19th century.  I am curious because V. I. Lenin read the book five times over the summer when the was fifteen years old and his older brother was an underground militant populist campaigning against the royal government.  Later Lenin wrote an important political book about advocating socialists use professional military style organizing methods for party members; he called the book ‘What is to be done?’ echoing the novel’s title and question.   But, I have not been able to get into the story when I listened to a reading of the text on Librivox.  But, I’m still curious as to what Lenin saw in the book, so I took the paperback off my bookcase last week, and brought the book to bed.

The last book gives a clue as to why I have books in my bed at all. 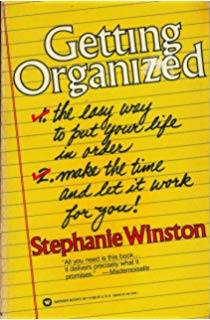