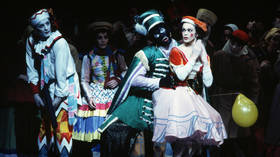 Irek Mukhamedov, Gary Avis and Lesley Collier in the Royal Ballet production of Igor Stravinsky’s Petrushka.
As cancel culture and the PC police creep closer to high art, where are the critics prepared to stand up to the Twitter mobs to save everything we have loved for generations from a fire of political purity?

Recently, The Guardian published an article entitled “Blackface and Fu Manchu moustaches: Does Ballet Have a Race Problem?” The article included comments from creative figures in the ballet field, with mixed opinions, including indications that political correctness is already restricting creative freedom.

Problems of racial casting and creative interpretation are particularly important in plays, ballet and opera, which are not fixed as literature and art are. Interpretation in ballet can come in many forms: from casting, costumes and sets to removing scenes and characters. Lots of classic ballets feature foreign settings and non-white, non-European characters. If a production is to create an authentic atmosphere – however incomplete – then it is justifiable to use props, costumes and make-up to achieve that.

This enters the territory of “cultural appropriation,” which is a particularly poisonous identity-politics concept that states no member of a national or ethnic group can use culture from another group without demeaning and devaluing it. Even adopting fashion, music and food can instigate online mob shaming. 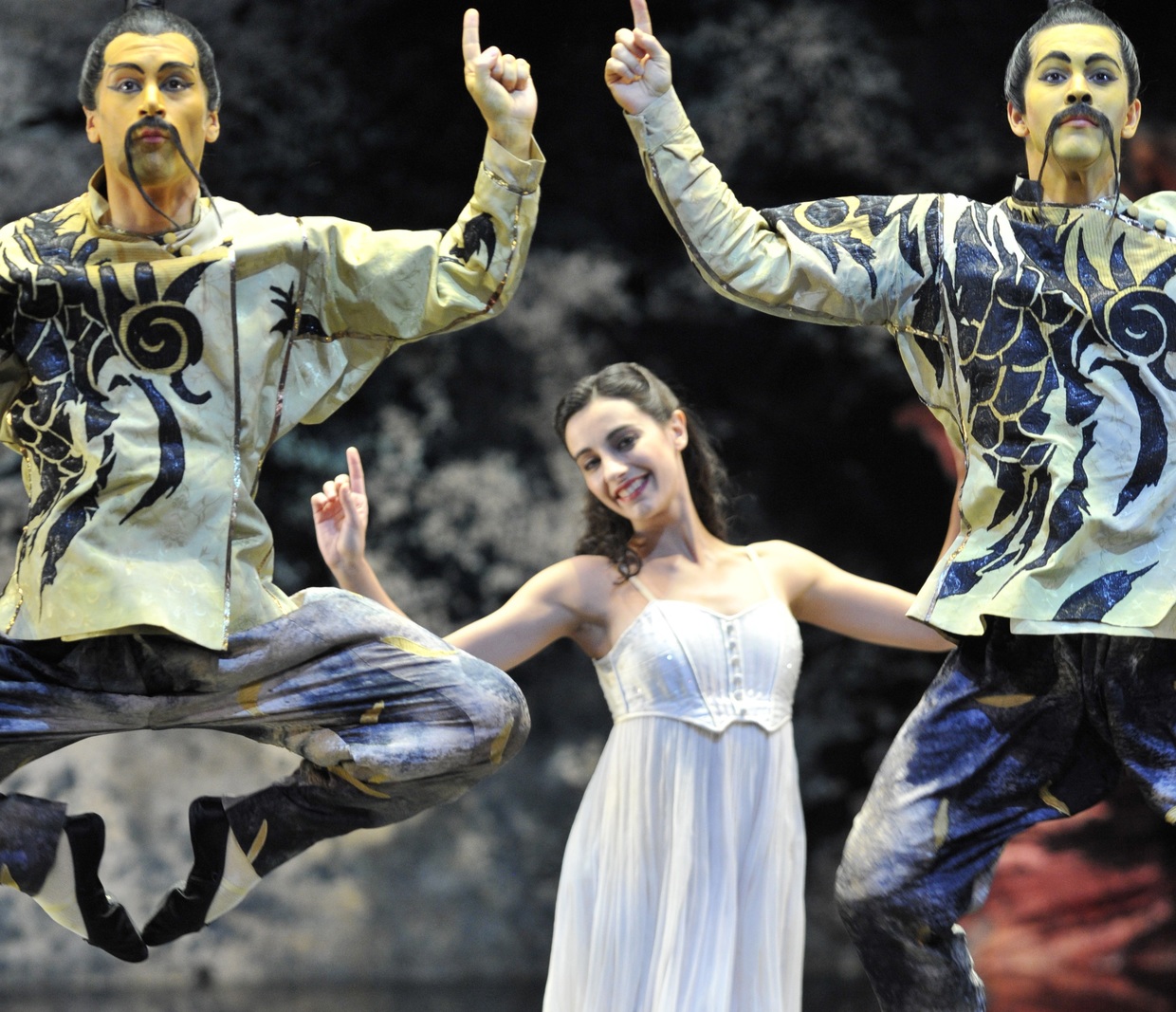 Kit Holden and Nathanael Skelton with Laetitia Lo Sardo in the Chinese Dance section of Birmingham Royal Ballet’s production of Peter Wright, Lev Ivanov and Vincent Redmon’s “The Nutcracker” at The Birmingham Hippodrome.

A lot of art deals not in realism but in symbolism, symbols acting as shorthand. Sometimes the shorthand is comic and presents stereotypes for humorous effect. Added to this, ballet is far from naturalistic. When we demand that art forms with highly simplified and heightened expressiveness match reality we hit the insurmountable barrier of impossible expectations.

While many of us pride ourselves on empathy and engagement with world cultures, we lack empathy for creators and audiences of 100 years ago.

When viewing a work of art from another era, too often we are unable to absorb and respect a different outlook. We fail the art by being unwilling to relinquish our egos for a few hours. Why should the creators’ humor and outlooks conform exactly to our current view point? It is monstrously vain to expect that.

When (on our behalf) self-proclaimed authorities start to arbitrate what is appropriate and not, we give up our autonomy to decide for ourselves. We allow others to do our thinking for us and permit gatekeepers to treat us in patronizing, infantilizing ways.

The elite are so convinced of their moral righteousness that they never doubt that they have the right to control both creators and audience. This restricts creative freedom and free speech; it also limits the potential of our imagination.

‘Song of the Nightingale’ (1920), with music by Stravinsky, choreography by Balanchine and costumes by Matisse, is a ballet that has proved tricky to revive in America because of its depiction of the Chinese. In a recent production, the American company took instruction from Chinese Americans. An organization called Final Bow for Yellowface has been formed to restrict depictions of Chinese in ballet productions across the USA. It is a sign of the way identity politics has taken grip of the arts in the USA, where self-appointed representatives of groups act as authorities, controlling how others can depict groups. Production companies have proved remarkably fragile when put under pressure by lobbying groups. The accusation of committing “Orientalism” (Western stereotypes of Asian and Arab cultures) is enough to frighten administrators into apologies and cancellations. Refusing to stage productions of “offensive” works is pre-emptively censoring what the audience is allowed to experience.

Yes, it is fair to adapt performances to our sensibilities, but that cannot extend to falsification. If Nutcracker’s “Arabian and Chinese [dance] variations were imaginative guesses” on the part of the composer and choreographer, then so be it. Attending a production of ‘The Nutcracker’ won’t turn us into slur-using mean-spirited racists. Credit us with more independence.

So, does ballet have a race problem? No, we have a critic problem. We lack critics (in all areas) who have the thorough grounding and clear insight that would allow them to battle the creep of cancel culture.

If we do not stop cancel culture, it will entirely consume everything we love in a fire of political purity.

If critics do not realize that, then they are a problem along with race activists and their “good allies” among venue administrators, then we will make little progress.

Working as an art critic for almost 20 years, I have seen terrible art go uncriticized by complacent critics. During that time, standards in art have slipped badly. If more artists, curators and writers had been shamed for their incompetence then that descent would have been less dramatic. Far from being isolated snobs, critics can be champions of the informed audience, holding to account timid venue managers and pretentious creators. Critics are the first line of defense against fads; we need them to be better informed and braver.

By Alexander Adams, a British artist and writer. His book ‘Culture War: Art, Identity Politics and Cultural Entryism’ is published by Societas.