Home » Uncategorized » What Will The Trump Administration Do When Iraq Asks US Troops To Leave? – by Moon of Alabama – 2 Jan 2020 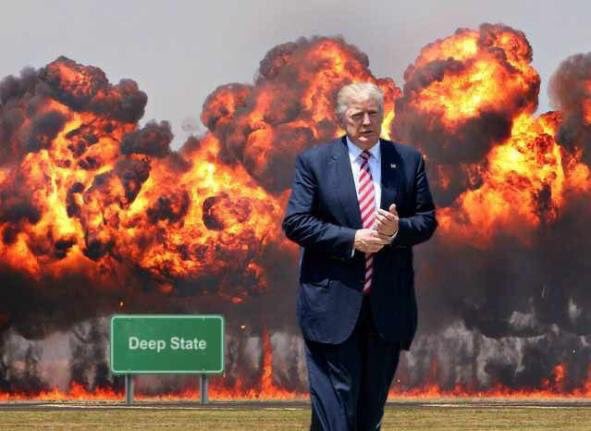 The reports about the current events in Iraq miss the root cause of the crisis.

During last summer there were several large explosions on bases held by the Popular Mobilization Forces (PMF/PMU/Hashed) in Iraq. These were either caused by extreme summer heat or by Israeli air attacks launched from U.S. bases in Iraq or Syria. Most PMF leaders believe that the second is the case.

There were also drone attacks on positions held by PMF at the Syrian Iraqi border at Abu Kamal/Al-Qa’im. These were likewise attributed to Israel which allegedly flew the drones from U.S. bases in northeast Syria.

The alleged aim of these operations was to disrupt the land round for material coming from Iran and going to Syria. Several dozens PMF members  were wounded during the incidents.

It was after these attacks that a small campaign of revenge attacks on U.S. bases in Iraq began. These were mostly wild mortar or small missile shots which created little damage. In total some 17 such attacks happened. The U.S. alleged, without giving any evidence, that the missiles used were smuggled in from Iran and used by Iran supported forces against the U.S. No evidence was ever produced to support those allegation.

The PMF/PMU are Iraqi troops and part of the Iraqi military establishment. They are under command of the Iraqi prime minister. The Iraqi state pays their salaries. They have their own munition supplies and do not depend on Iran. It is quite possible that some of the PMU members took shots at U.S. bases in revenge for the explosions in their bases without any order or support from Iran.

On December 12 the Carnegie Middle East Center asked several ‘experts’ how the U.S. should react to the attacks which it alleges come from Iran.

Michael Knights, a ‘senior fellow’ at the Washington Institute which is part of the Israel lobby, responded:

As mobile launch platforms may relocate or be collocated with civilians, the United States needs to maintain updated sets of pre-vetted “response option” targets that can be struck at a time and place of its choosing. The United States should wait, if need be, for militia headquarters to re-fill, not just strike empty buildings as quickly as possible. Any target in Iran, Iraq, Lebanon, Syria, Yemen, or elsewhere should be considered fair game.

When on December 29 several missiles hit a U.S. base in Iraq and killed one U.S. contractor the Trump administration did exactly that. It bombed five sides at the Iraqi Syrian border hundreds of kilometers away from the original attack. Some 32 people died of which only nine were members of the of the Kata’ib Hezbollah group of the PMF. The others killed were Iraqi border policy men and regular Iraqi soldiers.

We immediately predicted that the incident was likely to end the presence of U.S. military in Iraq.

After the official mourning family members and comrades of the deceased soldiers stormed the perimeter of the U.S. embassy in Baghdad. They left yesterday after the prime minister guaranteed them that the Iraqi parliament would soon vote on a law that would evict all U.S. forces.

The U.S. has reinforced its embassy guards. It has airlifted an airborne infantry battalion to Kuwait and put another 4,000 troops on standby.

The Trump administration did not apologize for its attack on the Iraqi troops. Instead it appealed to Iraqi sovereignty, which it had broken when it attacked the PMF, when it demanded better protection for its embassy. Even today, with no demonstrators anywhere nearby, the U.S. was flying helicopters patrols over Baghdad. The Iraqis see that as a further insult.

U.S. media have joined the Trump administration in describing the PMF as ‘Iran backed’.

When five years ago, when the Islamic State overran large parts of Iraq, Iran helped to stand up the PMF by sending trainers and weapons. But there is no evidence that Iranian influence on these groups is still strong or even relevant. There is no evidence that Iran is involved at all in the current kerfuffle. The U.S. and Israel attacked these groups throughout the last year and they were already highly motivated to take revenge.

It were U.S. and Israeli interests that made Iraq into a battle field against Iran:

U.S. military personnel are in Iraq supposedly on an anti-ISIS mission. Under the Trump administration, there appears to have been mission creep, in Iraq as well as Syria, in which somehow confronting Iran has become part of a new mission. That mission has never been justified. No one has explained exactly how the current state of Iraqi-Iranian relations threatens U.S. interests—beyond any threat to the very same U.S. military personnel in Iraq, which brings circular reasoning into play. Seemingly forgotten among all this is how Iran, and the Iraqi elements it supports, also have been performing an anti-ISIS mission.

The U.S. sees Iraq and Syria as the grounds on which it can fight Iran. Neither country wants to be in such a position.

The Iraqi government, its prime minister and its president, the major religious scholars in Iraq and the heads of major Iraqi parties have all condemned the U.S. attack. During the last few days the public mood in Iraq has changed from mild anti-Iranian to strong anti-U.S. sentiment. As there is no apology coming out of Washington, only more threats, the Iraqi parliament is likely to agree to ask the U.S. forces to leave.

That would also be in the best interest of the U.S. But the Trump administration, especially the neocons Pompeo and Esper, want to keep the troops in Iraq. It needs them to support its shenanigans in Syria and to further threaten Iran.

What can and what will it attempt to do to change the Iraqis’ minds? 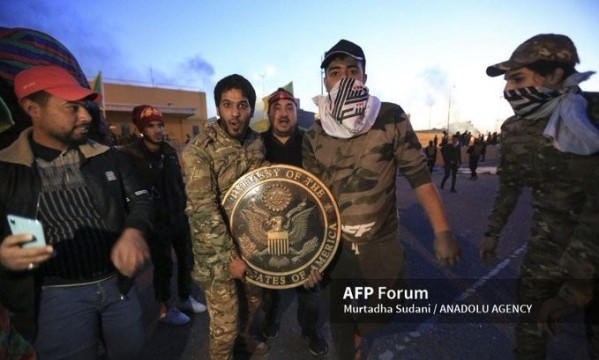