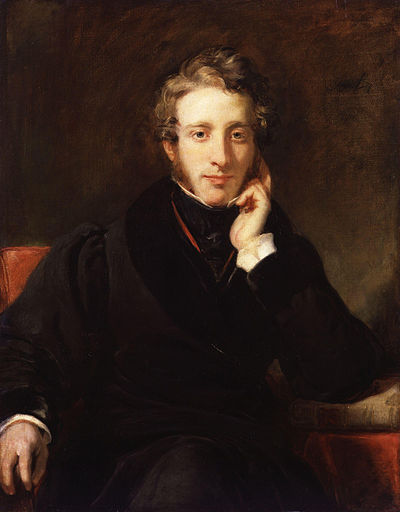 E. Bulwer-Lytton coined the phrases “the great unwashed“, “pursuit of the almighty dollar“, “the pen is mightier than the sword“, and “dweller on the threshold“.

Bulwer-Lytton was very popular while he was alive in the mid 19th century.  But after he died in 1873 there was a sharp fall in his reputation, so that he is little read today.

A lot of stories have woven in some of the words of E. Bulwer-Lytton.  I heard of him as a kind of 19th century pointlessly florid wordsmith stretching sentences out to paragraph length, it seemed.

Someone has a ‘bad writer’ contest in this man’s name.  Many love to hate the beginning line of one of  Bulwer-Lytton’s novels  “It was a dark and stormy night; the rain fell in torrents – except at occasional intervals, when it was checked by a violent gust of wind which swept up the streets (for it is in London that our scene lies), rattling along the housetops, and fiercely agitating the scanty flame of the lamps that struggled against the darkness.”

This is not a modern style and can be difficult for today’s reader to jump right into.  But, listen to this on an audio book with a professional deep voiced British actor who knows how to paint pictures with their words and the sentence works.

Bulwer-Lytton was an elected member of parliament for the Whig Party and was engaged in politics and world affairs.  He was offered the kingship of Greece.  I just read that today.  He was offer the kingship of Greece?  What?  Did he speak Greek?  He was English.  His books were widely translated and his political activities added to his prestige.  So…. There is a story in that incident that I am interested in.

The man who is now mocked with a bad writing contest in his name with a long sentence as the egregious example added a number of phrases to the English language and idiom.

I watched a video of some of his sayings – he had a good way of expressing some truths.

Also another video about Bulwer-Lytton’s life

I started to listen to an audio book of a story by Bulwer-Lytton about an under ground Super Race living in a hollow Earth.

There was a lot of ideas from this 1870 novel that influence people who wanted to improve humanity or dream of super humans living right below them in a mystical Earth.  Apparently people who wanted eugenic selective breeding of the human race also got a thrill out of reading the book, including German fascists like A. Hitler.  So, that might be a little bit why Bulwer-Lytton has become a joke in name and respect for his voluminous work.

I first saw his name, which looked funny to me, on a Classics Illustrated edition of his most remembered work ‘The Last Days of Pompeii.’  One must give the man some credit as a storyteller when 10 different movies where made of this work.

A 1959 version with Hercules Steve Reeves ….

This is a long version from 1984 that I am curious to watch.  About ten hours, at a quick glance.

So poor old Bulwer-Lytton gets a kind of revenge on the literary world, or the name brand memories.  His stories and words and ideas live on in the consciousness of many, though they have no idea of him as the source.  Good for him.  I like his words and sentences and stories, mostly.