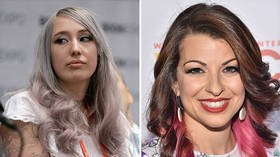 Zoe Quinn (L) ; Anita Sarkeesian (R)
For the best part of a decade two women have parlayed supposed gamer sexism and death threat allegations into wealth, fame, and a reputation at odds with their actions. Will Anita Sarkeesian and Zoe Quinn ever be held to account?

Sarkeesian was an online pioneer of a certain type of feminist game criticism that appeared to dismiss most games as a form of digitalized misogyny and hated playing all of them, while Quinn was a game developer with a thin track record but a flair for drawing attention on the internet, when Gamergate struck.

An avalanche triggered in August 2014 by a single account of Quinn’s supposedly unscrupulous personal behaviour, Gamergate was the moment that a prevalent but culturally marginalized hobby came of age as something that truly mattered.

A full-scale war of words, denunciations, and firings cleaved gamers, developers and journalists into the ethical or corrupt, the normies and the basement dwellers, the abusers and the targets, those who believed that games were fine and needed to serve only as entertainment, and those who wanted to uproot the industry to better represent their political beliefs.

Sarkeesian and Quinn were appointed the unofficial bannerwomen of the ‘woke’ side of the divide, its sorriest martyrs and its fiercest warriors. For those who have only ever read about Gamergate from complimentary profiles in mainstream media outlets, where it has been blamed for everything up to and including getting Donald Trump elected and the ascent of fake news, and the spread of white supremacy, Sarkeesian and Quinn remain angels. They are not.

As the most notorious name to emerge from 2014, Zoe Quinn has remained by far the most recognizable among her and her cohorts. It was her promiscuity with industry insiders that launched Gamergate as a whole, but since then she’s had a number of public failings that have only helped her remain in the public consciousness.

As per its pitch, the game was almost a year into development and near completion as its estimated delivery date was February, 2017. Fast forward until now, and no game has ever appeared. The last official update occurred over 500 days ago on August 30, 2018, when Zoe informed backers that the project had run out of money.

Incidentally, at the very same moment she told the people who’d given her 85 grand that she was broke, she was in Japan, traveling in luxury. Perhaps not so surprisingly, the same media entities that were quick to boost her project to the masses have never once reported on the status of the game. As per my conversations with a source who worked on it, they called it a “failure.”

Within a day, news articles and industry insiders smeared his name, and even his own game studio tossed him out. Whether innocent or guilty, he never stood a chance to make his case. The internet had sealed his fate, and he took his own life. Perhaps for no greater a reason because someone needed her daily dose of righteous internet adrenaline?

I’m not going to be so bold as to adamantly state that this was entirely done to garner attention, but Zoe’s past does indicate she often pushes herself to the forefront of controversy as to steal the spotlight. In fact, she thrives on the need to be the center of drama.

When former The Escapist owner Russ Pitts took the reins of the website, she attacked him simply because he revived it without “contacting” her; never mind that she’s not in any way associated with it. Acting as a supplicating inferior though, he quickly bent the knee and took his punishment, so much so that he abandoned it entirely and handed it off to someone else.

As it pertains to Alec, it hasn’t escaped the eye of detractors that the accusations were published to coincide exactly with the 5th anniversary of Gamergate.

One of the biggest media lies about Gamergate is that everybody who is supportive of it is a bigot who hates marginalized people. An ironic tall tale considering evidence shows the people most touting the importance of such folk are the ones most taking advantage of them.

Following Gamergate, Zoe Quinn launched the Crash Override Network. It was built as a support group for victims of online harassment, and infused with money from Anita Sarkeesian’s nonprofit, Feminist Frequency, who took on the role of a financial sponsor.

The network as a whole would only last roughly two years, and if former staff allegations are to be believed, not everyone got paid, and her trans members feel as if they were especially taken advantage of. Making matters worse is that allegedly, normal everyday people who came to the network seeking help were often denied service if they weren’t famous enough. Accusations range far and wide that Crash Override was just a ruse to help boost Quinn and Sarkeesian’s popularity. Statements which are believable when considering how Sarkeesian lives as opposed to those she is seemingly close with.

Strangely, Anita Sarkeesian’s has a Youtube channel for Feminist Frequency which could make money from the 200,000 people subscribed on the Feminist Frequency channel if people watched, but usually only about 2,000 people look to see what Anita Sarkeesian has to say in her videos.  So she constantly makes pitches for people with money to help spread the word by donating.

Last year, it was announced that Anita could no longer afford to pay her two co-creators, and that she herself had ceased taking a salary. Fem Freq is an organization that in 6 years time had raised close to 2 million dollars, and somehow all the money had been squandered. A big portion of their funds came from corporations, and she was quick to take on an entitled sense of self and call them out on Twitter for not financially supporting her.

The loss of Fem Freq funds hasn’t appeared to hit Anita too hard, as outside of her activity with the organization, she tours the world and gives speeches. This coming April she will be embarking on a mini speaking tour in Europe, which is a potential windfall as her average speaking fee is $20,000. Graced with the ability to travel at will, she even takes part in events like JoCo Cruise as a featured guest, and this past December she toured parts of Africa on what appears to be a trip of leisure.

Her trans co-host Carolyn Petit is another story, however. As Anita was spending a beautiful holiday abroad, Carolyn was seeking work, and struggles to afford her self described “cheap” cup of daily coffee, let alone her rent. From the looks of it she’s had to apply for work at a local grocery store and is struggling to get by. This is a woman who has worked with Anita for years, and who still volunteers at Fem Freq and works on their podcast and such, but by all outward appearances it doesn’t look as if Anita is doing much to help her with her situation.

From the very beginning the manipulative grift of Anita was pretty obvious. In one of her earliest ‘tropes v women in games’ episodes, she caused controversy with the misinformation she spewed. In a video titled ‘Women as Background Decoration: Part 1’ she twists facts and misrepresents games to a shocking degree, all to push her agenda. An agenda that has been shown to be quite hypocritical.

A core argument of her content is the dishonest depiction of women, so it says a lot that her channel’s own art thins the hosts and makes them ten times prettier. Outside of that is her repetitive talking points. In a recent Polygon article she repeatedly brings up marginalized people, namely trans folk. Yet, if her funding of Crash Override and staff testimonials mean anything, she didn’t quite care enough about whether they were treated well, likewise she makes thousands on speaking tours while her co-host struggles to get by.

She can tout being ‘woke’ and pretend she cares, but it seems she just builds projects up to boost her own name and then watches them die once she has sapped all she can from it. Funny how Quinn and Sarkeesian have benefited from various projects to a much greater extent than those they work with. As if reflecting the vanity which brought them here in the first place.

Enabled by the media

Zoe Quinn and Anita Sarkeesian are enabled, emboldened and in essence bankrolled by a mainstream media that refuses to hold them accountable. Years of lies and manipulation have had no negative effects on their standing with the press.
On Tuesday, both were featured in a Vox article about Gamergate, another litany of familiar accusations of “spreading hate” and “violence against women”.

Partisan journalists do not care about the Kickstarter backers who are still waiting for what they paid for, and who have been left hanging with zero updates. Nor do they care that the duo hasn’t properly taken care of those loyally working under them. 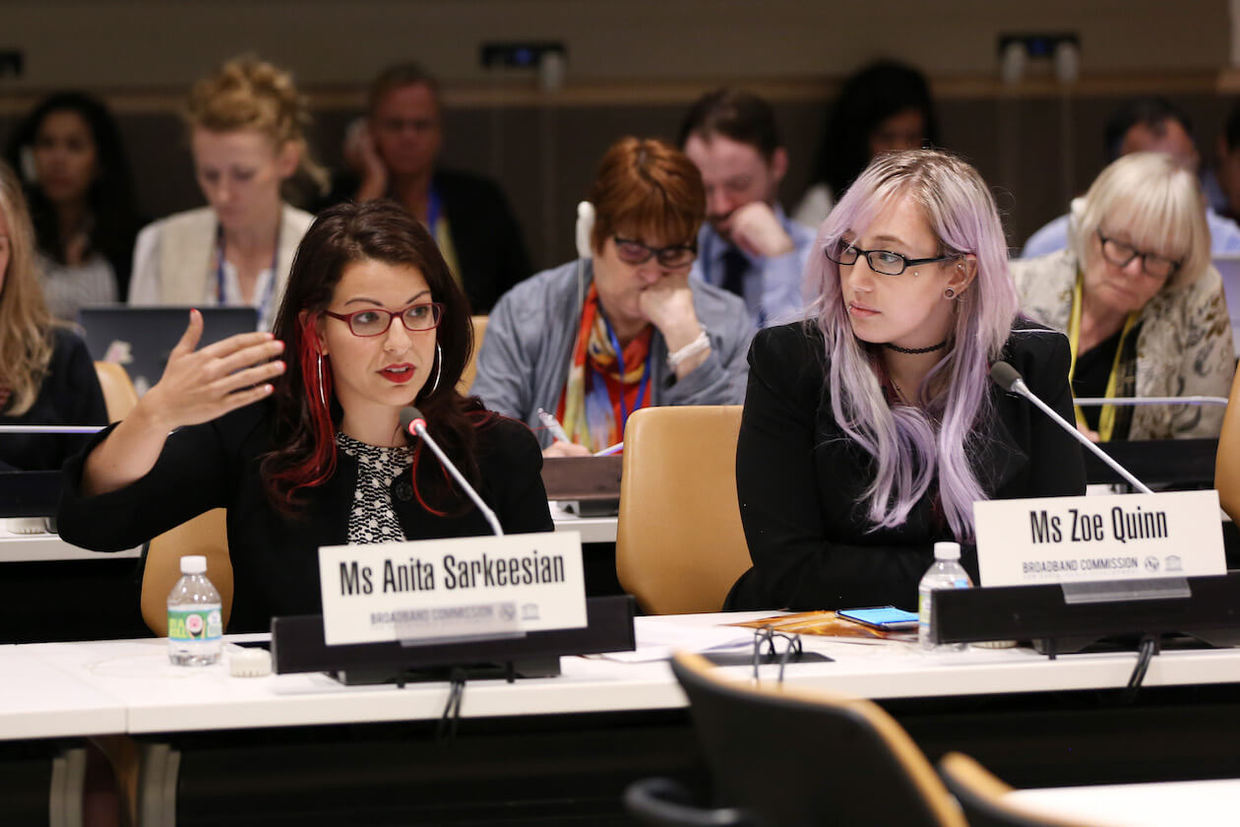 Most sickening of all is the lack of due diligence by those in the industry still providing them a voice. Whatever they say is taken as fact, a horrid display of unethical journalism as both individuals continue to purposefully cause outrage wherever they go, even at the cost of other people’s lives.

There’s Alec Holowka that we know of, but how many people reached out to Crash Override for help, only to be turned away because they weren’t popular enough? And suppose that was their last desperate bid to find comfort, could they too have cut their lives short?

These are questions we may not have suitable answers for until someone else decides to speak up, but one thing we know for sure is that Anita Sarkeesian and Zoe Quinn are the gaming industry’s dirty duo. Wherever you stand on Gamergate, listen to someone else.